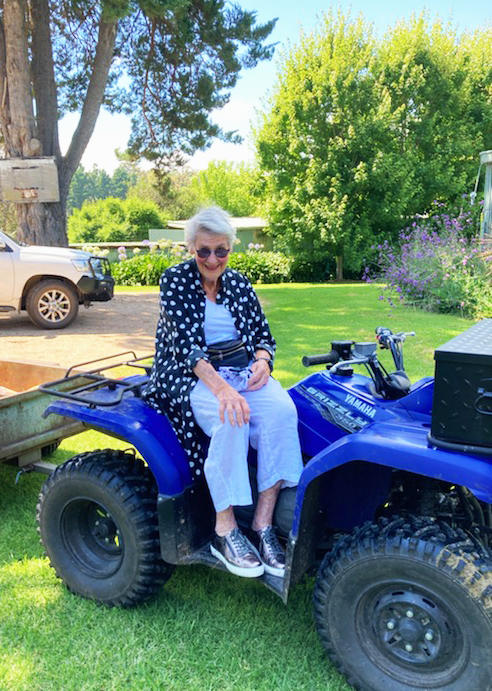 Shirley Stirling, or as we think of her, stirling Shirl, is a 94 years young gardener. Upon meeting her you are immediately drawn to her cheekiness and vitality. Shirl has a 2 acre garden, Yurnga, just out of Bairnsdale, in East Gippsland. She refers to her garden as a “working, country garden” Shirl and her husband bought the property in 1969. It was a treeless, grassy paddock overlooking the mountains. Thus the name: “Yurnga”-an Aboriginal word meaning “View Among The Hills”.  The family used it as an escape from the city until 2009 when they moved here permanently.  Shirley says she owes much of her successful planting to David Glenn of Lambley Nursery. He provided tough plants which survived while Shirley and family went back and forth to Melbourne in the early years. Shirley has been gardening since she was 7 or 8 years old after her mother gave Shirley and her brothers a small garden plot each. 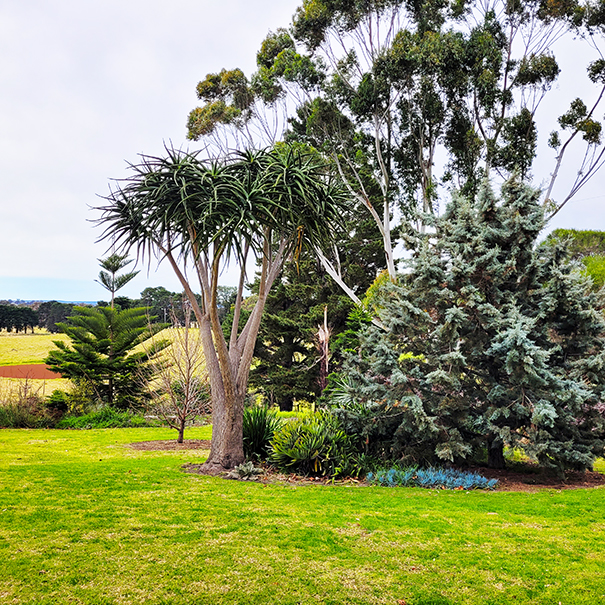 Shirley is passionate about her plants. She describes her garden as having something happening all the time but not in a great big flush of one plant in particular.  She knows the names of all her plants and has a number of rare trees. She has only recently employed a helper in her garden. With the wet seasons we have had lately and also because of the need to rid her garden of mulch due to the threat of bushfires in 2019/20 the weeds have “gotten away” from her. She has family to help out but as they live far away, they cannot be on constant garden duty. 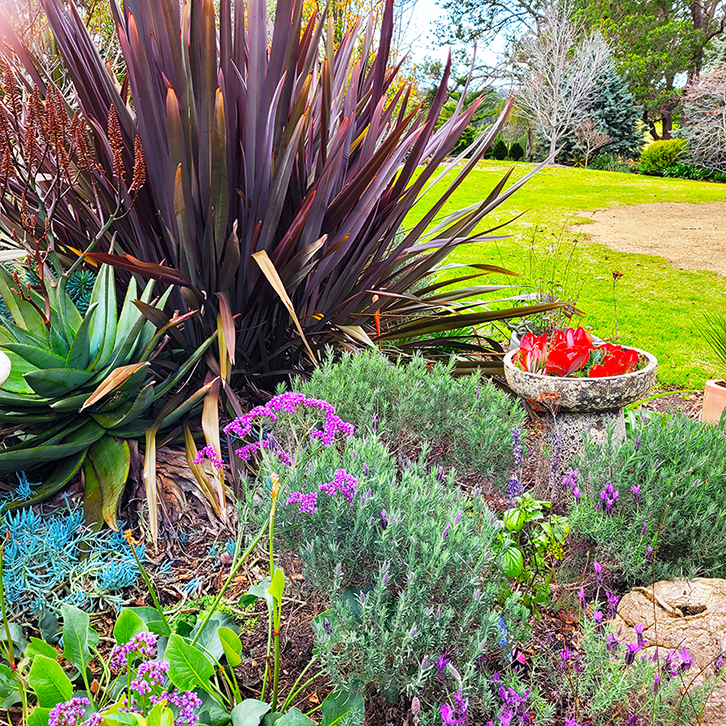 In summer, purple verbena bonariensis nodding its head amongst golden grasses, is a sight to behold. Shirley loves grasses. Calamagrostis Karl Foerster is one of her favourites. She loves using gaura to soften areas. 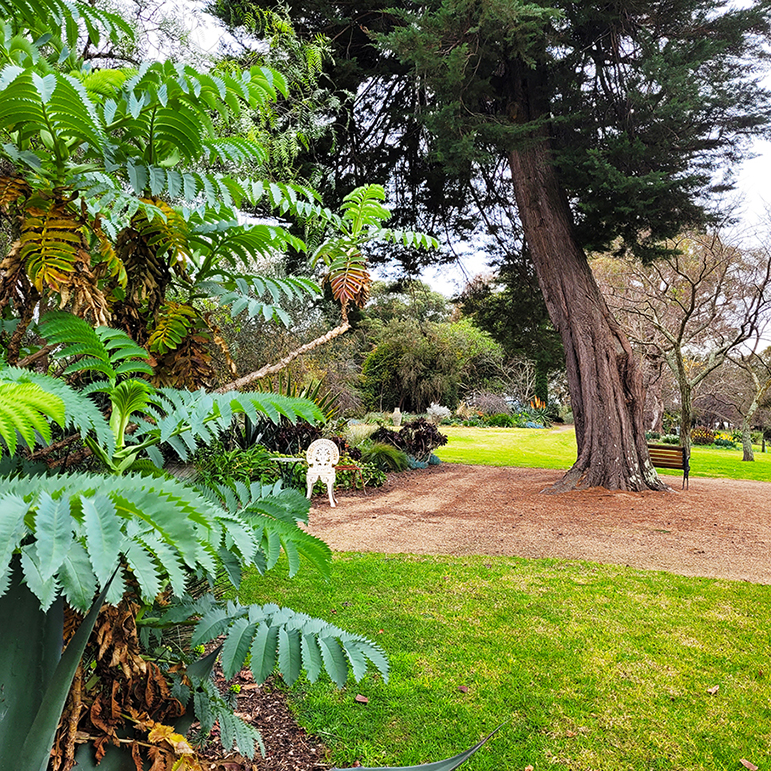 Dotted around Shirley’s prolific garden are a number of chairs. Using her walker Shirl takes her tools to the chairs and gardens while sitting. There is no limit to this grand lady’s indomitable spirit! Shirley is an example of how to overcome obstacles at any age or stage. Shirley is on constant look out for those plants that “have put themselves about” and self seeded too freely. 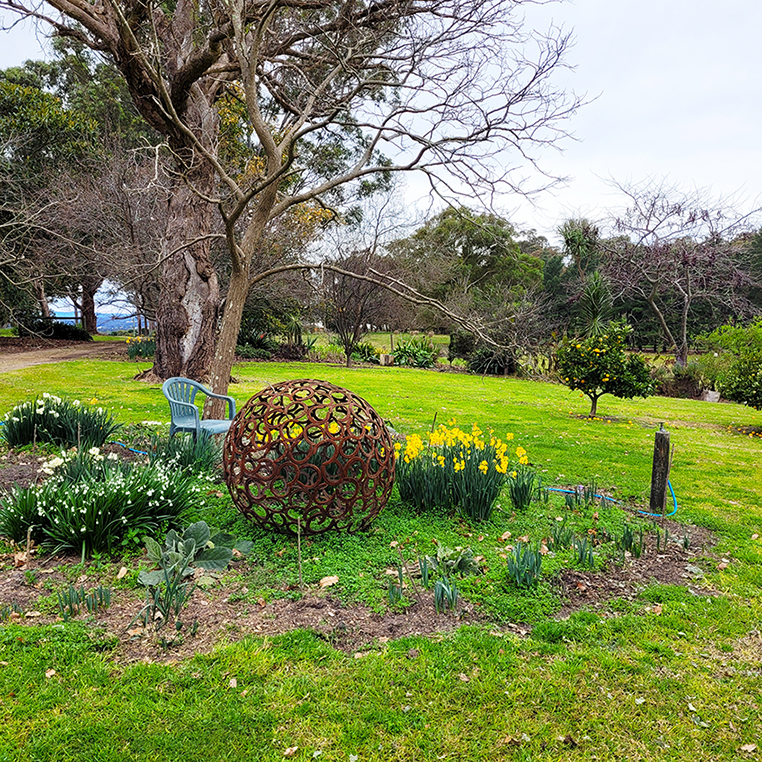 There is no such thing as a quick visit to see Shirley’s garden! Love of her garden and of people, is evident. It is difficult to leave this beautiful garden and this amazing, amusing and very interesting woman. Shirley is as much a treasure as her garden.