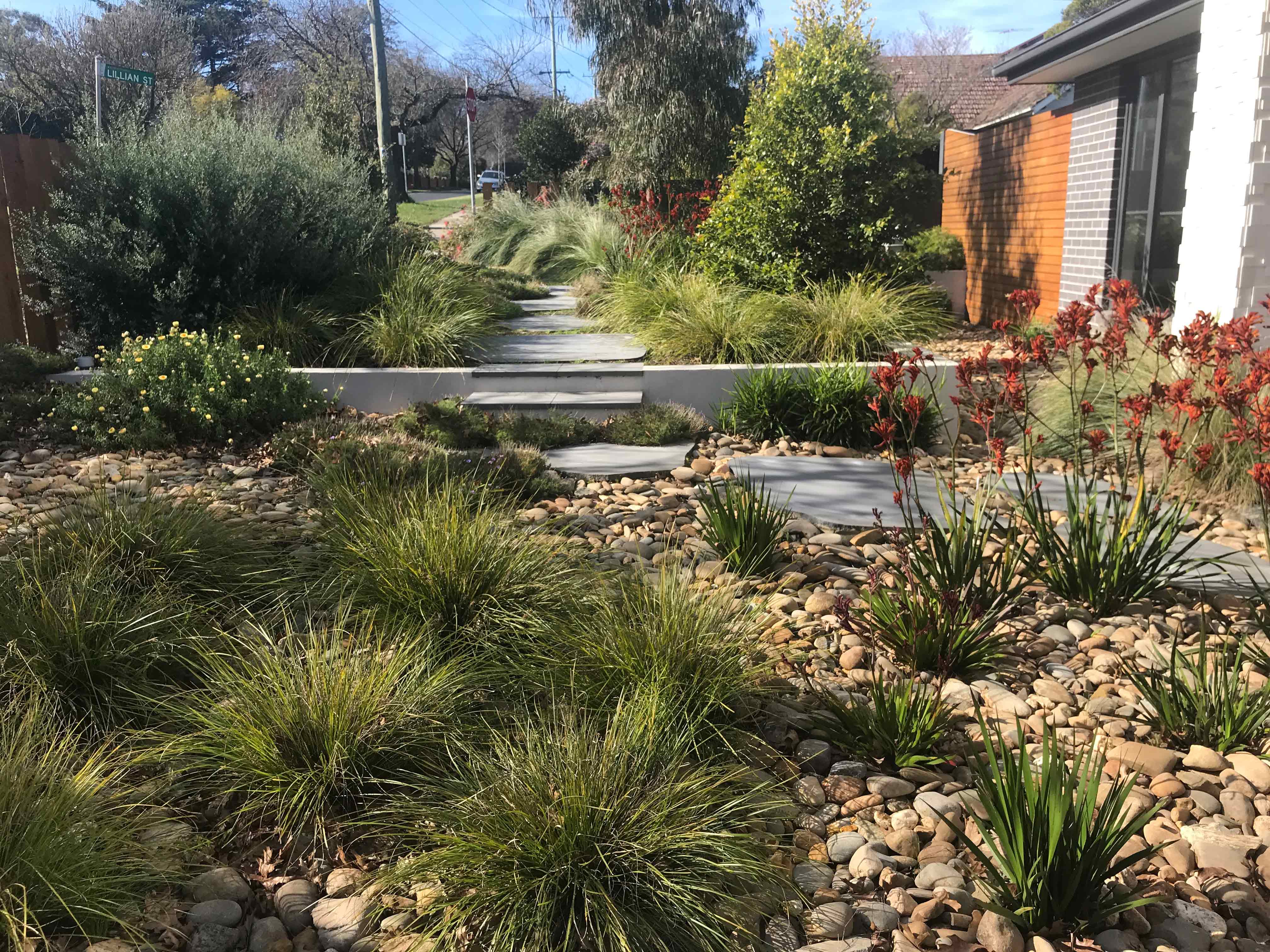 Read on to discover who won, view inspiring photos of the winning entries and more!

With almost all of Victoria under stay at home orders, what better time to celebrate the small things in life? At OGV we're celebrating the small gardens of Victoria and the ingenious gardeners who create them with the release of our results from last month's Small Gardens Competition.

As the population of Victoria continues to grow, many of us find ourselves in urban environments with shrinking gardens. However, as our Small Gardens Competition shows, the state's gardeners are coming up with remarkable ways of making the most of small spaces, transforming them into their very own pockets of paradise.

Paul Bangay, high profile landscape designer and author of Small Garden Design, has weighed in to judge the competition, and we are now in a position to release the results!

So without further ado...

In selecting John as the competition winner, our judge Paul Bangay applauds John's use of waterwise natives as well as his overall design.

"I love the use of native drought proof plantings. The structure, layout and proportions were the best out of the gardens," Paul says.

The small rendered wall in the foreground of this image and in the lead image above has allowed John to plant out the garden in two tiers.

The effect is to create two distinct spaces drawing the eye forward and up, and enlarging the sense of space. A combination of pebbles as ground cover on the lower level, interspersed with large bluestone pavers form a winding pathway to the front door creating intrigue. John has mulched and composted the top level and grouped native plants there to form specific areas of focus throughout the space.

The thoughtful layout exemplifies the 'less is more' principle. John has kept his garden relatively simple and open rather than cramming too much detail into the narrow space.

"The diversity of planting and interest this created I found very compelling," he says.

Khassandra tells us her aim was to achieve a look of 'wild abundance' on a 'teeny tiny' budget. With no money for hard landscaping she designed the garden to look good from both the ground and the elevated view from the house. Since her small space has room for just one significant tree, she chose a Japanese Elm Zelkova serrata ‘Wireless’, a small growing form - not just for much needed shade, but also for its vasette form, vibrant autumn colour and toughness.

Meanwhile, the clumping bamboo cleverly fills the dual role of screening the neighbours while creating a kids' 'cubby' space. Smart!

And in third place...

Paul's choice of second runner up is Leone English for the undeniable beauty of her small garden in Melbourne's Bayside.

He describes Leone's garden as "formal and inviting and the health and lushness of the planting [is] beautiful".

This image of one of Leone's two garden rooms has a green and white theme achieved by mass plantings of white flowering Hydrangea, backed by Pyrus calleryana, Magnolia grandiflora 'Teddy Bear' and bordered by clipped Buxus sempervirens.

Leone's aim was to create the feeling of a ‘secret garden’ with a couple of garden rooms…one in green and white with masses of white hydrangeas in a range of varieties that flower at varying times from spring through to late autumn spilling over a formal box border against a backdrop of teddybear magnolias and ornamental pears.

Around the corner is a more relaxed planting with varieties of Japanese maples, white azaleas, box balls, oriental pearl, gardenia, white camelia and blue and pink salvia (not pictured).

She admits to running around like a crazy person throwing sheets over the hydrangeas to stop them burning on 40 degree days, but she says their gorgeous shades of pink and burgundy in the autumn are worth every drop of sweat!

Huge congratulations to our clever winners and to every one of our competition entrants - your transformation of tight spaces into gorgeous gardens is an inspiration to us all.

While we can't post every entry we received, here are a few more of our favourites to bring solace to the gardening soul. We're all in this together gardeners - keep up the great work!

Cathy and Warren Scott's small edible garden in Glen Iris has lots of green leafy vegetables surrounded by beds of roses and cottage garden plants, as well as many fruit trees.

Benett and Russell Hernandez have created a tapestry with succulents in their small front yard in Geelong, incorporating Malabar rocks, assorted stones and scoria as part of the design for the garden bed.