In 2017, OGV awarded the inaugural Open Gardens Victoria Travel Bursary of $10,000, shared amongst three students studying horticulture at the University of Melbourne. The bursary funds national or international travel to develop skills and knowledge in garden design and other related fields.

Daniel Brown was a successful applicant and recent graduate of the Associate Degree in Urban Horticulture at Melbourne University’s Burnley campus. Here, Daniel shares snapshots and tales from his travels earlier this year while visiting more than 10 of the most iconic gardens in the UK including Great Dixter in East Sussex and Beth Chatto’s garden in Essex.

On his trip, Daniel wanted to look at the resilience of British landscapes during winter, to gain a better understanding of plant and garden performance in their ‘low’ season. He hoped his observations from the journey would provide practical design skills that are transferable to landscapes in Australia: 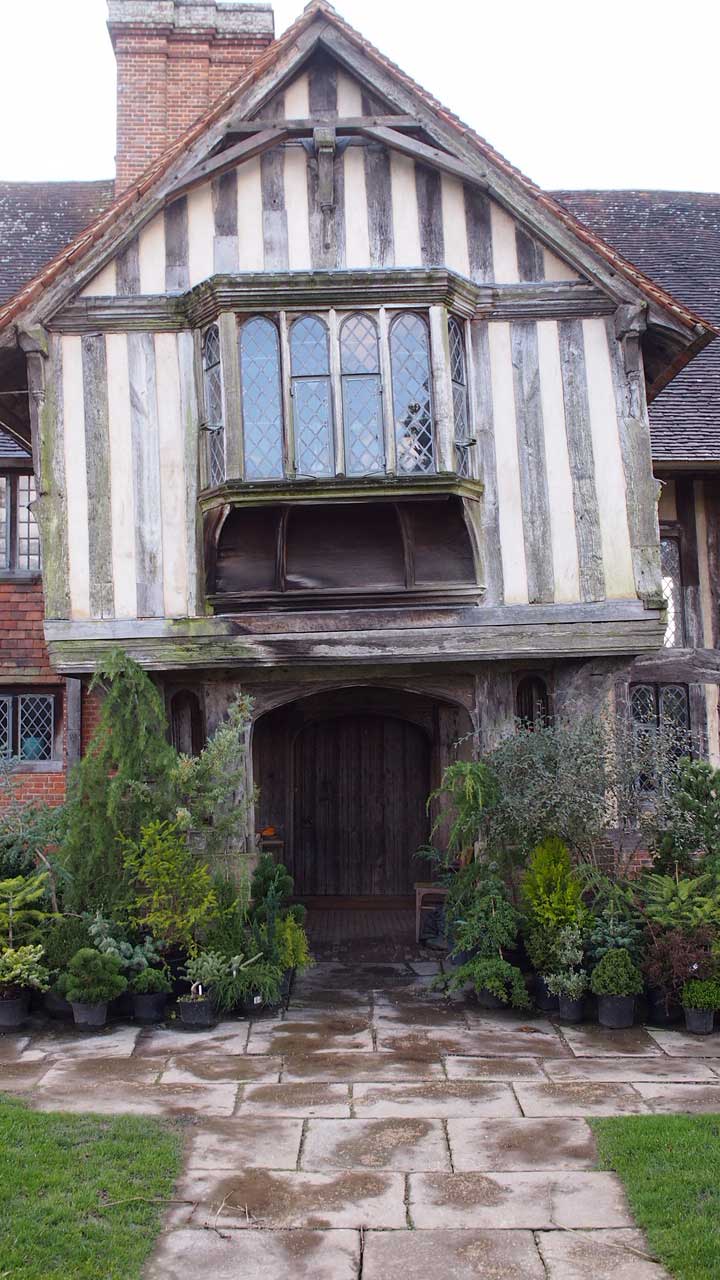 Rugging up in two to three layers of wool, I've visited a number of the UK's best gardens this winter, including some that are closed during their low season.

Beth Chatto, Derek Jarman, and the Lloyd family (namely Nathaniel, Daisy and Christopher) each have statement gardens, and all three of those gardens have been in beautiful (if not peak) condition this winter. Evergreen shrubs, hellebores, bulbs and ornamental grasses are prominent features at this time of year in the UK, where the promise of spring is keenly felt. 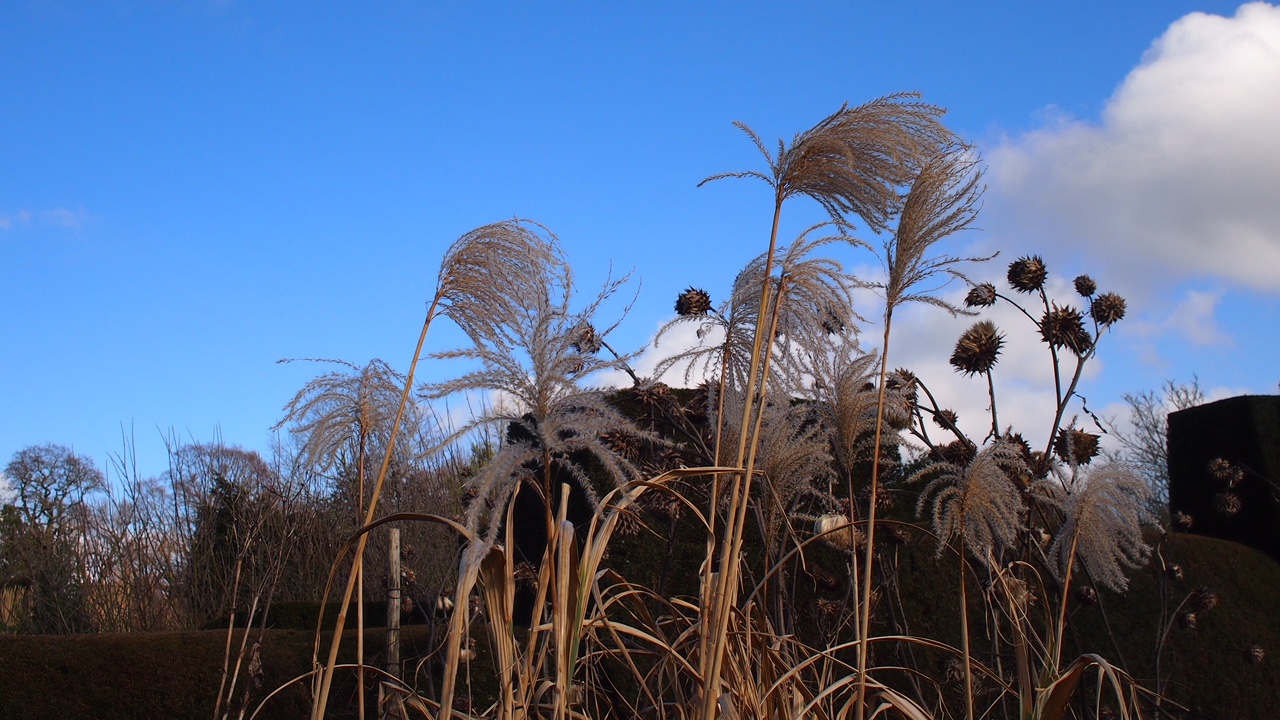 At Beth Chatto’s gardens, Åsa Gregers-Warg, the Head Gardener, was kind enough to show me around, and we discussed the profusion of different 'Snowdrop' (Galanthus) cultivars that are in flower, the Taxodium growing beside the pond, and overwintering Gunnera under their decaying leaves.

Interestingly, Essex receives a similar amount of rainfall to that of Melbourne, and Beth's dry garden, Åsa told me, was created to deal with the challenging summer conditions in the more open parts of the garden.

"People think this area is low maintenance, but because we mulch with gravel, the hand-weeding is horrendously time consuming!" 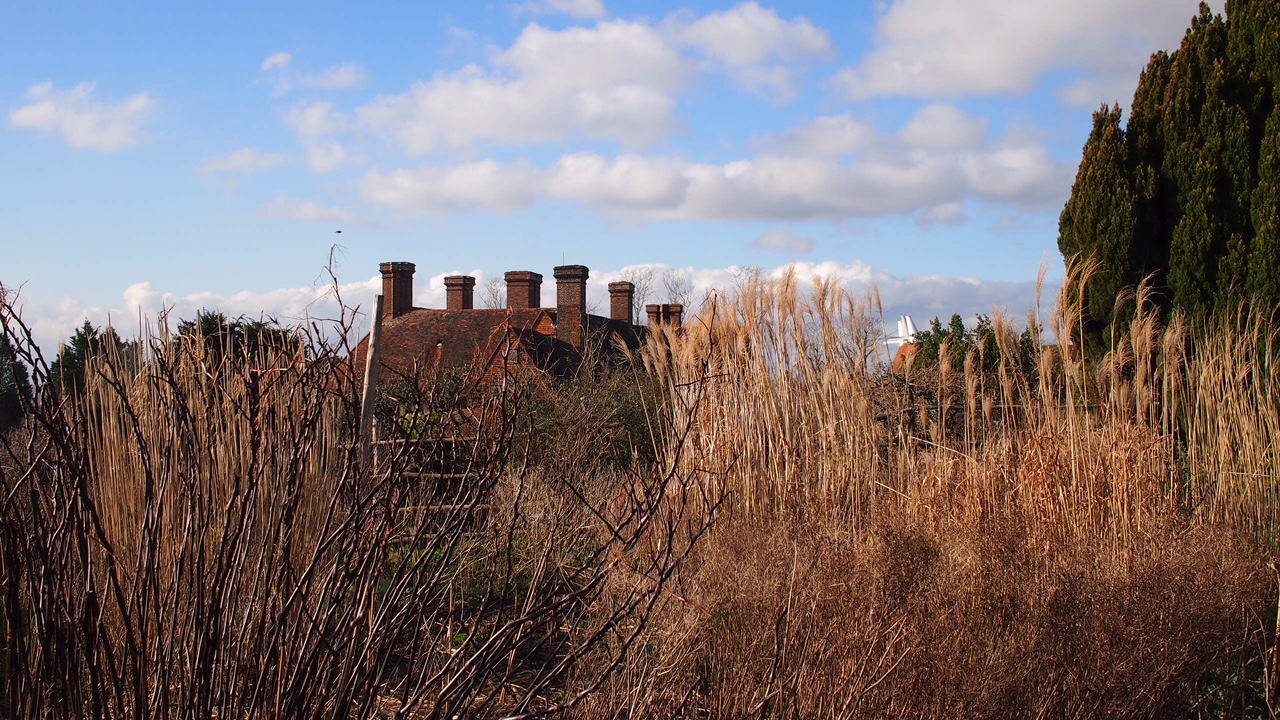 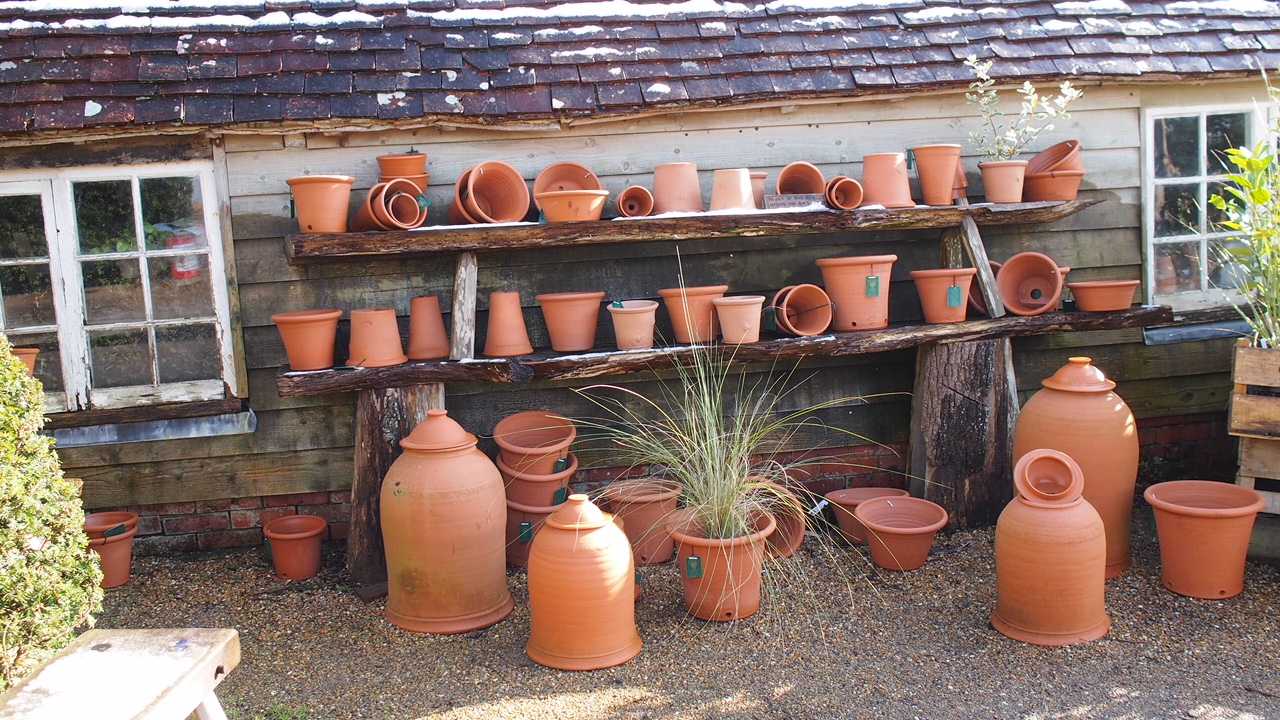 At Prospect Cottage in Dungeness, Kent, film director Derek Jarman's garden is grown on a low, harsh shingle coastline. The owner of Prospect Cottage, Keith Collins (who lives in London), emails me as I took photos of the garden, saying: "Nothing much growing at this time of year, and the garden is left to self seed, so it looks a bit rotten. Many of the plants die back or are subterranean now, so there's nothing to see."

Having previously seen photos of Prospect Cottage's garden, I had decided it held little personal appeal, but being on the coast, standing in the wind and rain in Dungeness, my mind is changed. Nothing is flowering, very little is in leaf, but the flint/shingle stone arrangements, coils of rusty chain, broken garden implements, old mariners' equipment and beachcombing finds are arranged simply, dotted around the garden as though they have drifted in from the sea, 300 metres away. This garden works because it emulates its surroundings so closely.

Before I leave, I add a scallop shell found on the 'beach' to the garden, and re-read 'The Sun Rising' by John Donne, which is mounted to the black side wall. 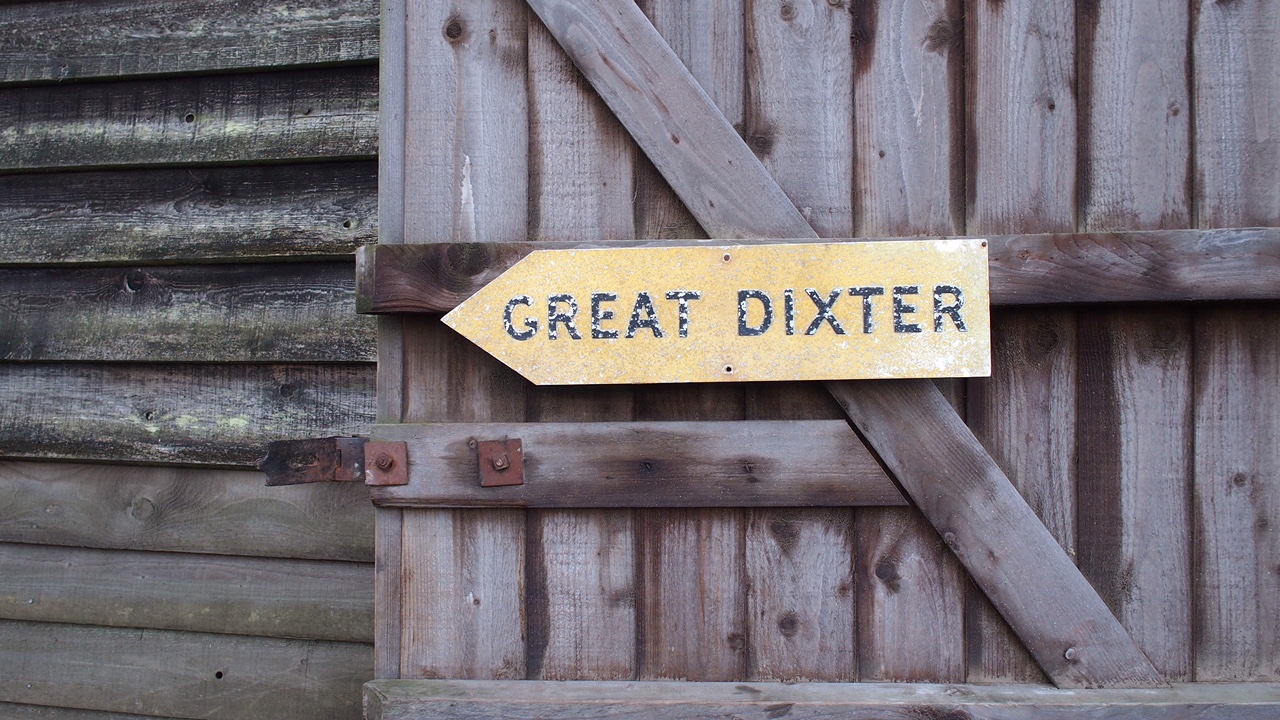 I arrived at Great Dixter two days late, but Cornelia Steffen, Fergus Garrett's personal assistant, welcomed me nevertheless. The garden was closed for the winter, yet Great Dixter's horticulturists were everywhere, busy tending to the hedges and the long border. 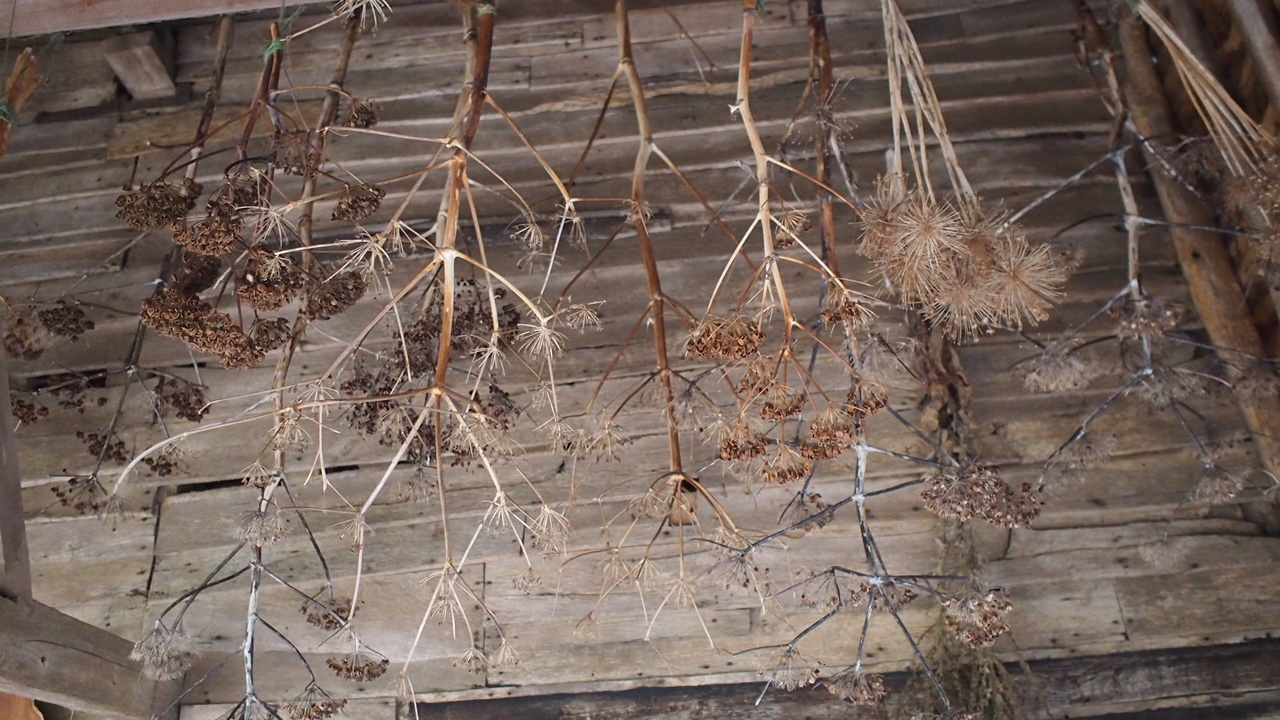 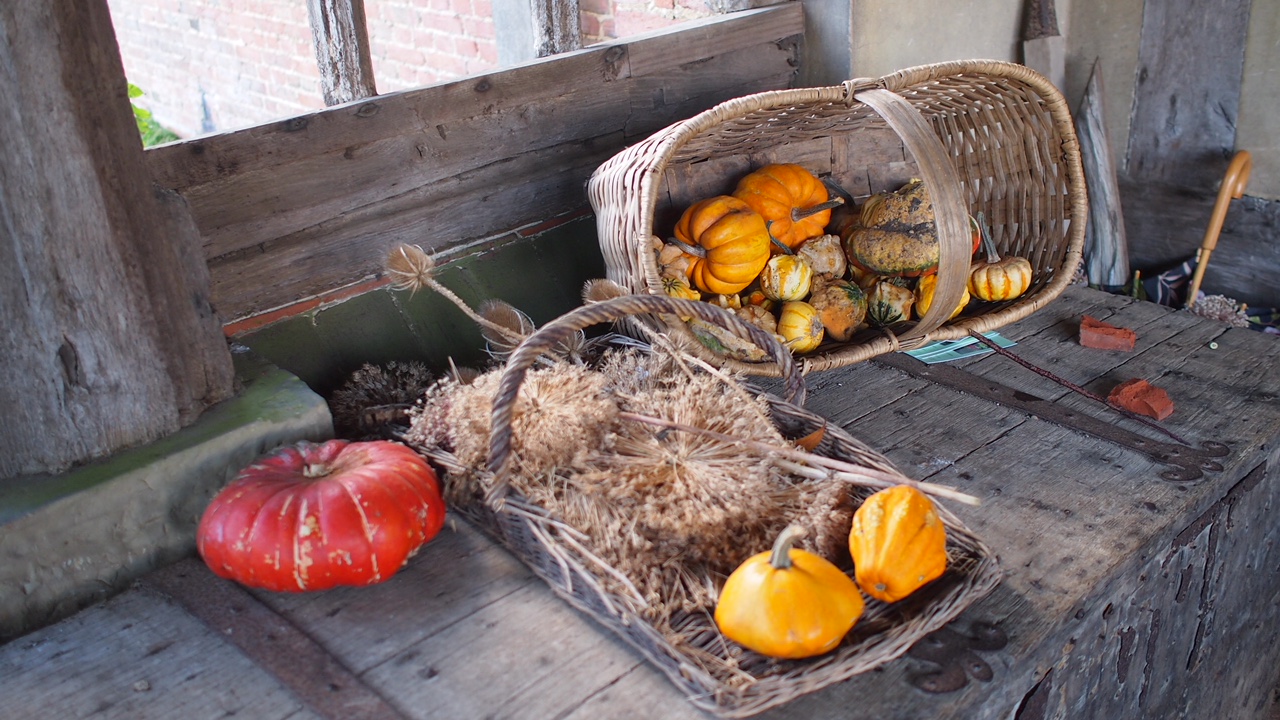 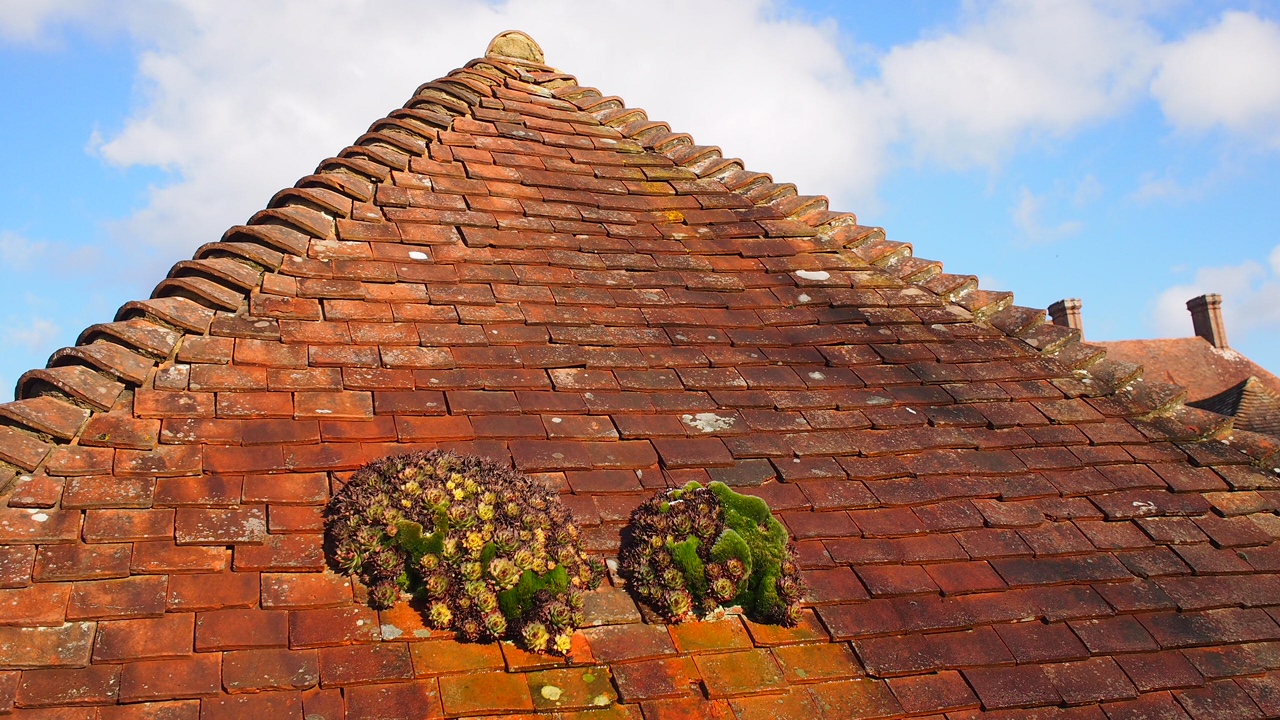 When I first spot Fergus, he is at the top of a ladder leaning against a tree that is being cut to shape, and has a horticulturist eyeing his work from the other side of the hedge.

"Take another inch, and then it will be even." 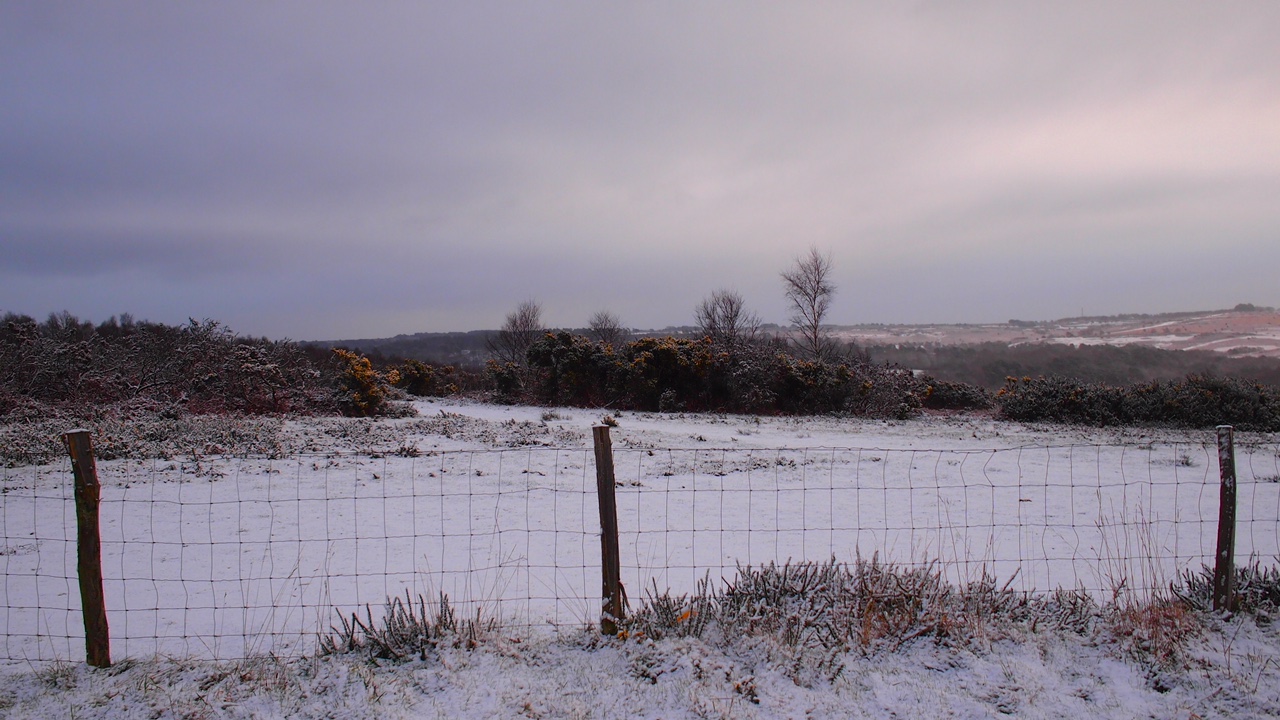 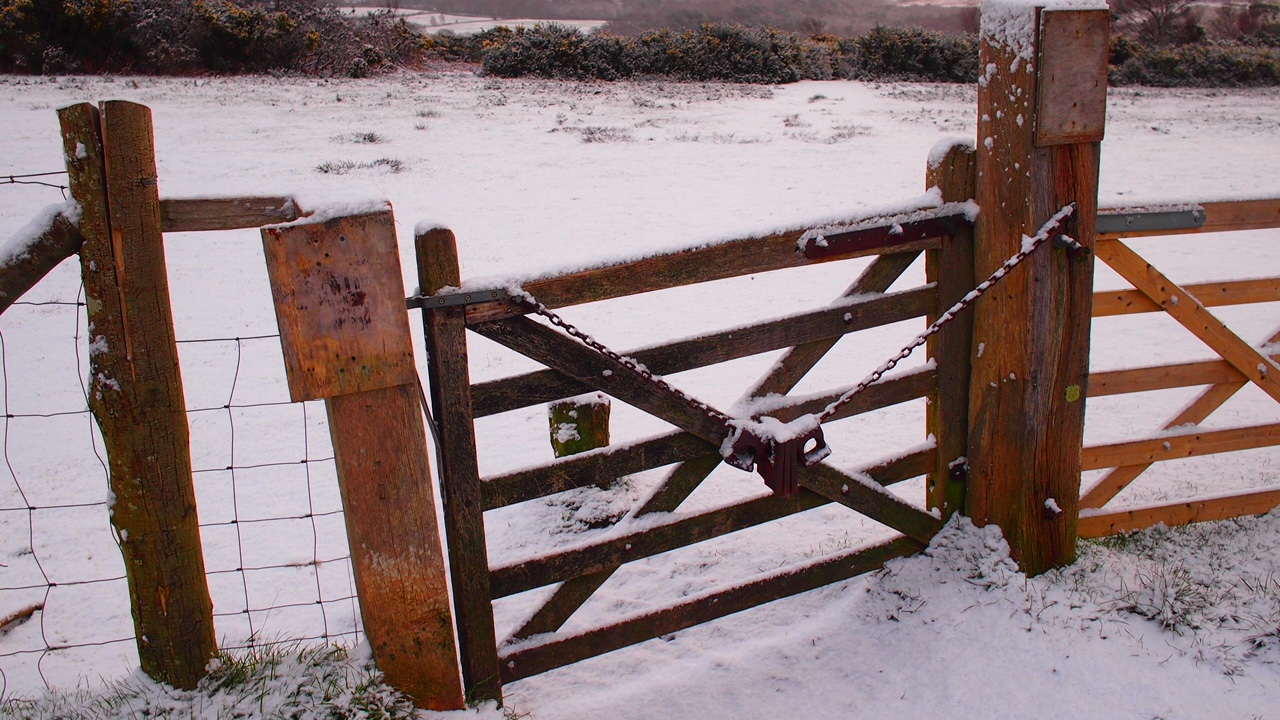 Great Dixter had snow during the night, and the drive to the gardens in a 3.5 tonne motorhome was hair-raising.

When Cornelia introduced me to Fergus, I suddenly became shy, but we chatted briefly before he offered me a cup of tea.

"I don't want to be any trouble", I insisted.

He asked if I needed anything, and I hesitated.

I explained about the motorhome, and asked if I could park at Great Dixter overnight, promising to be quiet and respectful.

"Oh definitely! Park in front of the barn, that's no problem." 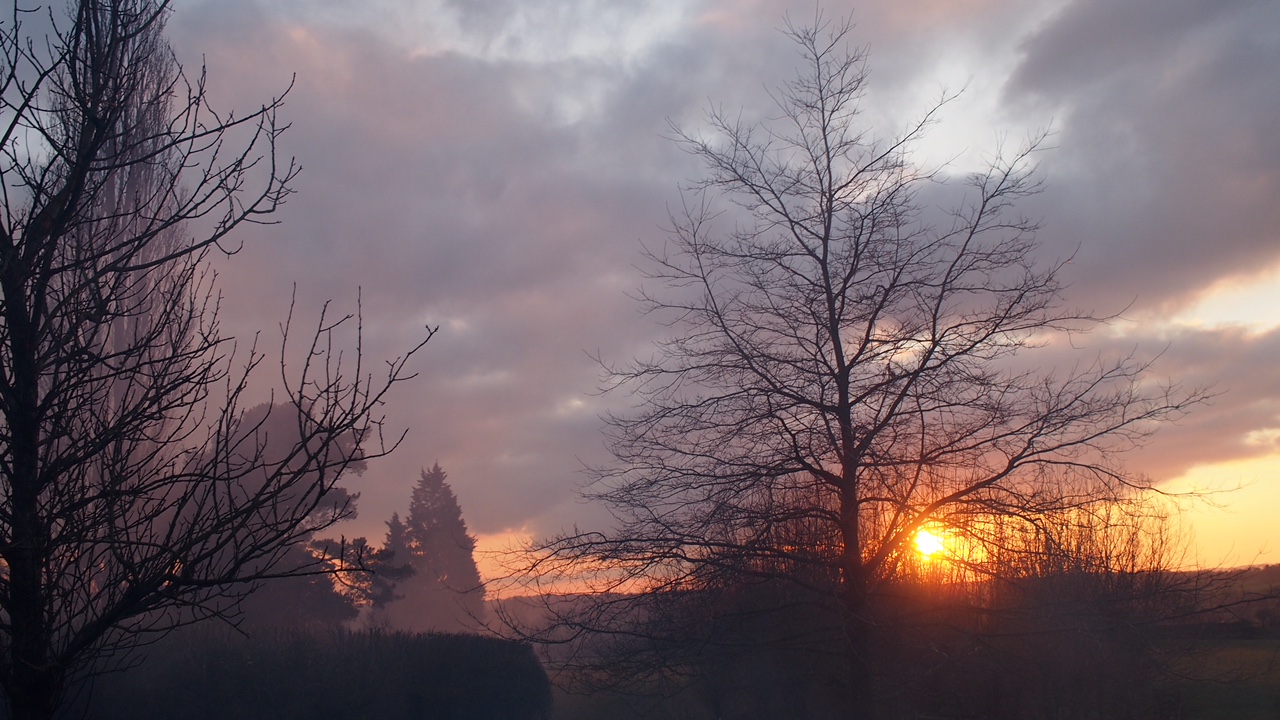 I thanked him and let him get back to work, spending the rest of the day walking around the gardens as though they were open just for me.

In the evening, staff were burning off green waste, and the haze of smoke, the setting sun, and bare branches of the deciduous trees on the estate were perfect for photos. 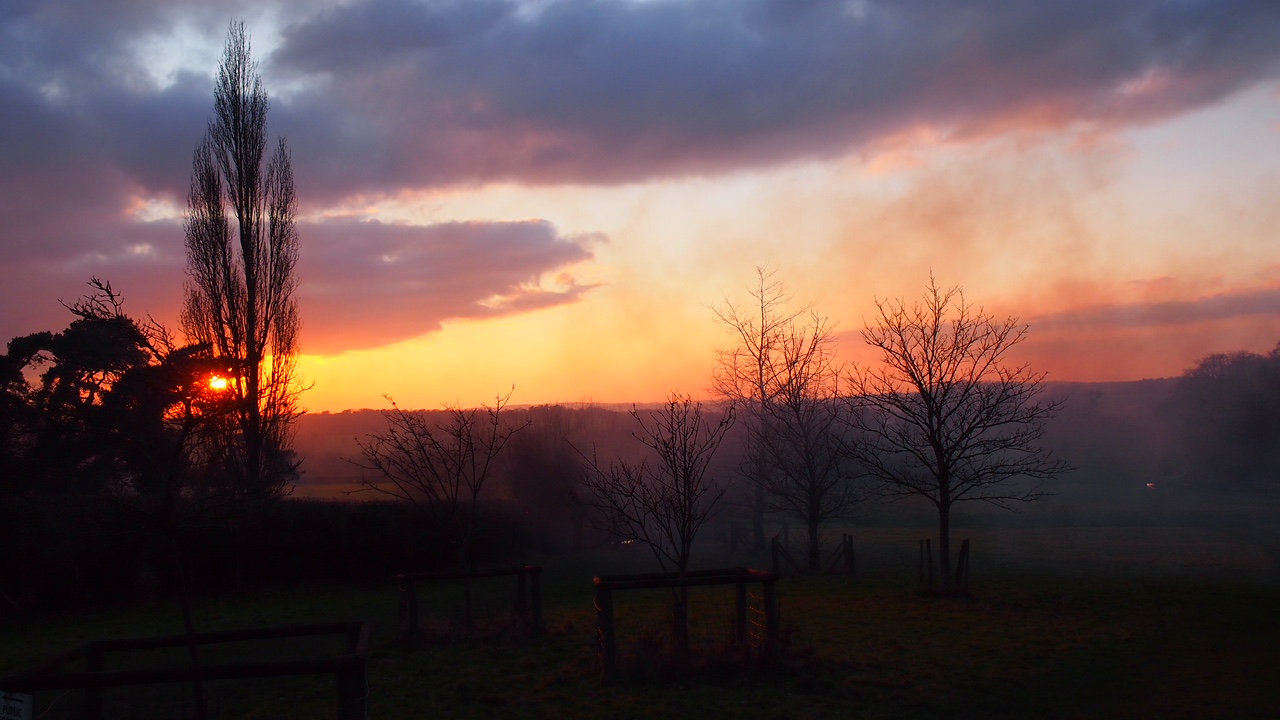 Parked in front of Great Dixter's white barn, I am in bed by 9pm with a glass of rum and Daphne du Maurier's Jamaican Inn.

Throughout the night, foxes cry in the fields and owls hoot over Great Dixter. At one point I heard the mysterious patter of tiny little wet feet, which stopped to examine the motorhome for a moment before continuing on their way. I fell back asleep smiling. 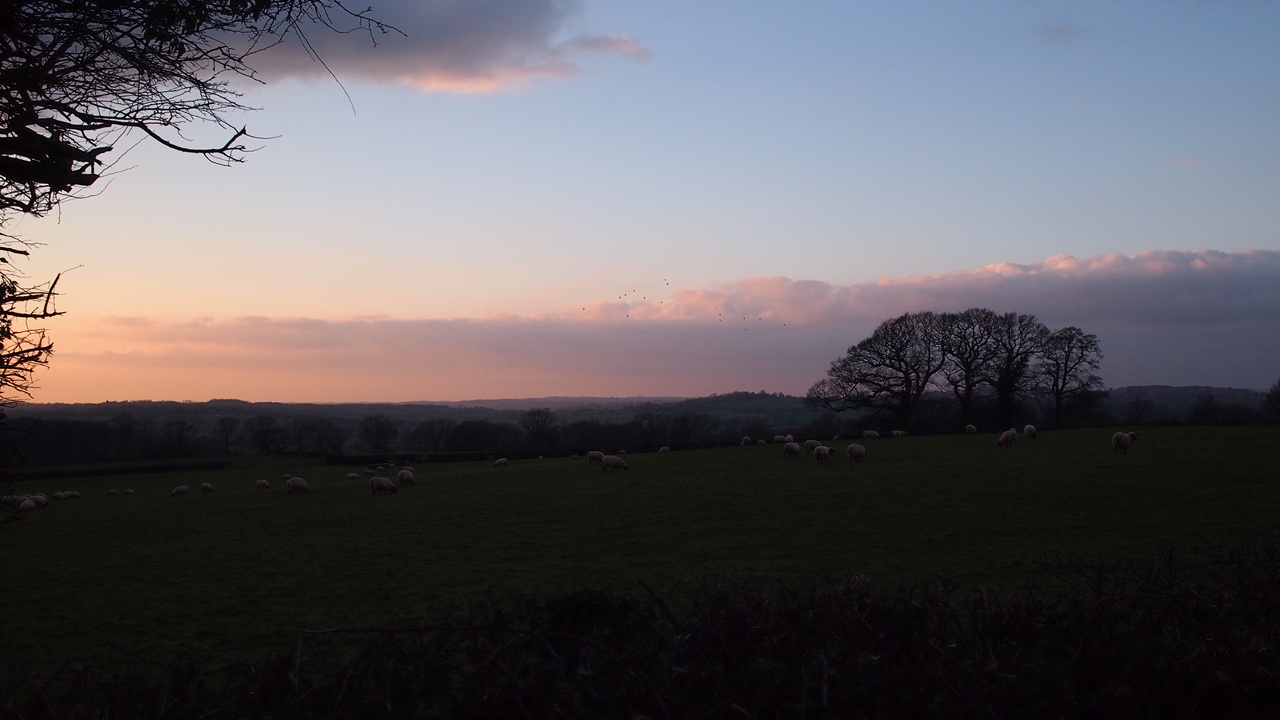